SCIRT faced a mammoth task coordinating its huge work programme with utility companies with their own extraordinary repair requirements. The risks demanded a higher level of collaboration and planning than previously undertaken.

SCIRT faced an extraordinary situation as it marshalled its people and resources for the biggest horizontal infrastructure repair programme in New Zealand history.

How would it manage and coordinate consistently and safely its repairs of hundreds of kilometres of damaged underground wastewater, storm water and fresh water pipes with multiple other utilities similarly confronted with extraordinary repair programmes?

The immense scale of SCIRT’s 700-plus projects all over the city multiplied the chances of service strikes of other companies’ networks and raised the potential for workers and the public being hurt or killed.

One of SCIRT’s first initiatives was to set up a new position to coordinate with other utilities.

The SCIRT utilities coordinator led the creation and documentation of detailed, prescribed processes for SCIRT teams and contractors to follow to locate and protect hidden, underground services.

Refer to the attached documents describing how SCIRT developed national minimum standards and best practice guidelines for the detection and protection of underground utilities which have been adopted widely in New Zealand.

A document which describes how SCIRT led the co-ordination of its huge repair programme with those of other utilities. A document which describes the processes and procedures SCIRT designers and delivery teams had to follow to locate and protect utilities. 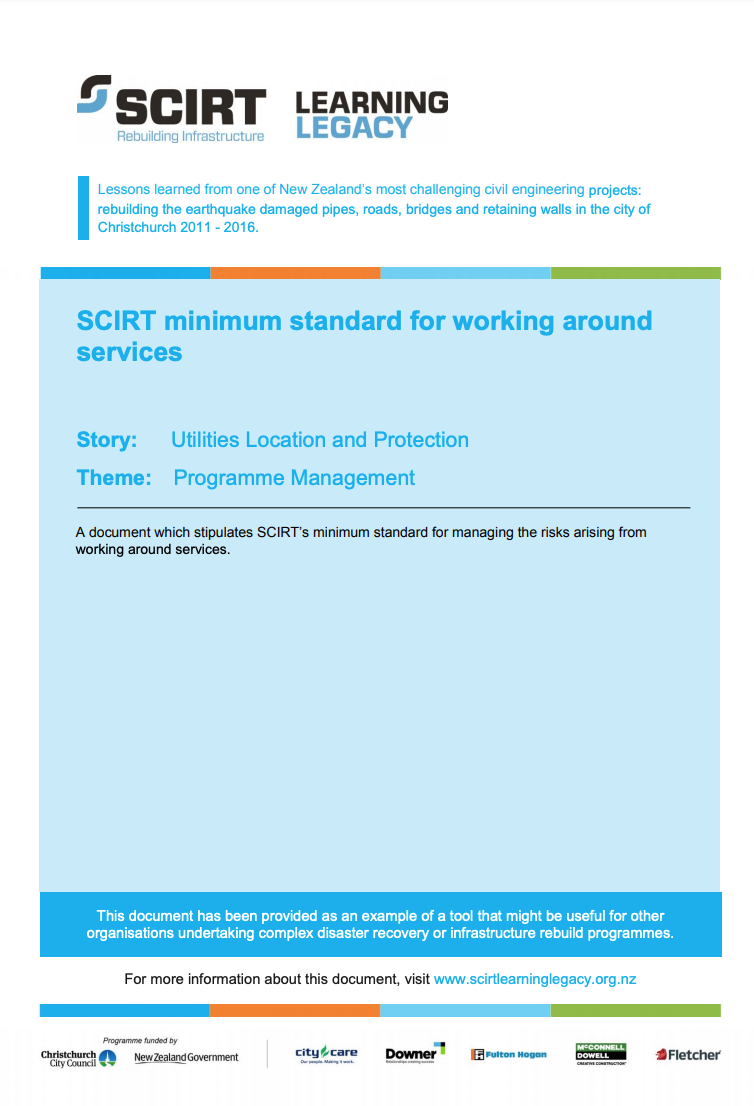 A document which stipulates SCIRT's minimum standard for managing the risks arising from working around services. 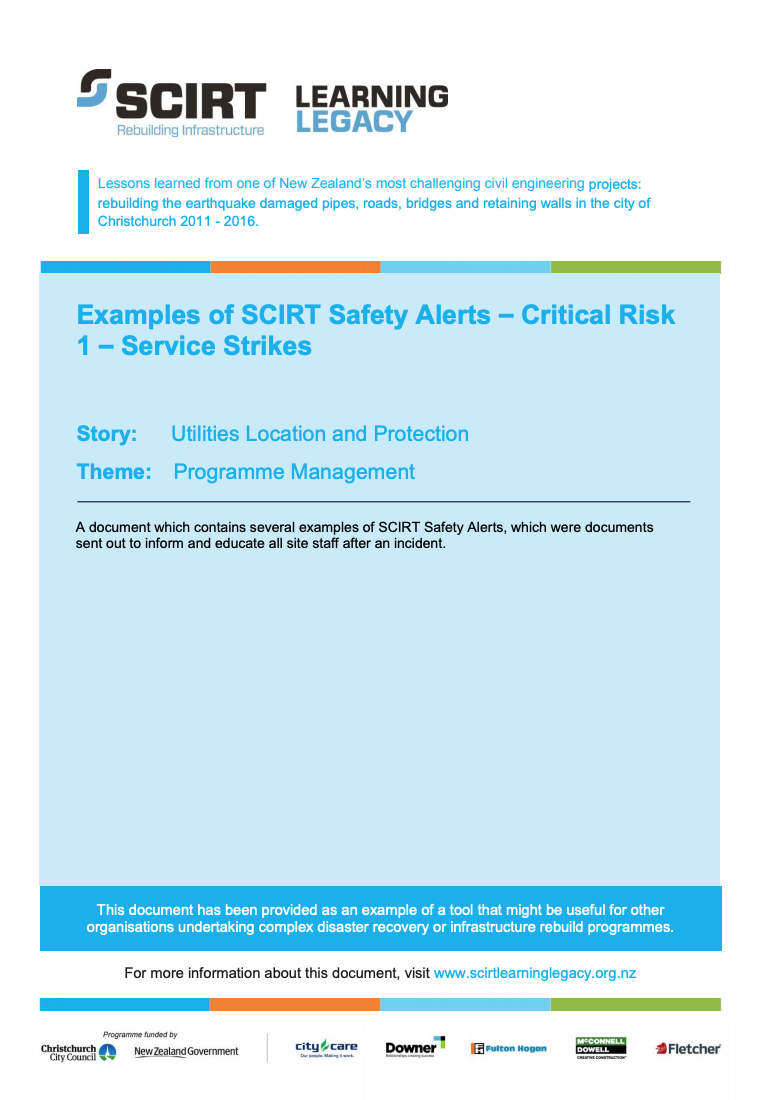 A document which contains several examples of SCIRT Safety Alerts, which were documents sent out to inform and educate all site staff after an incident. 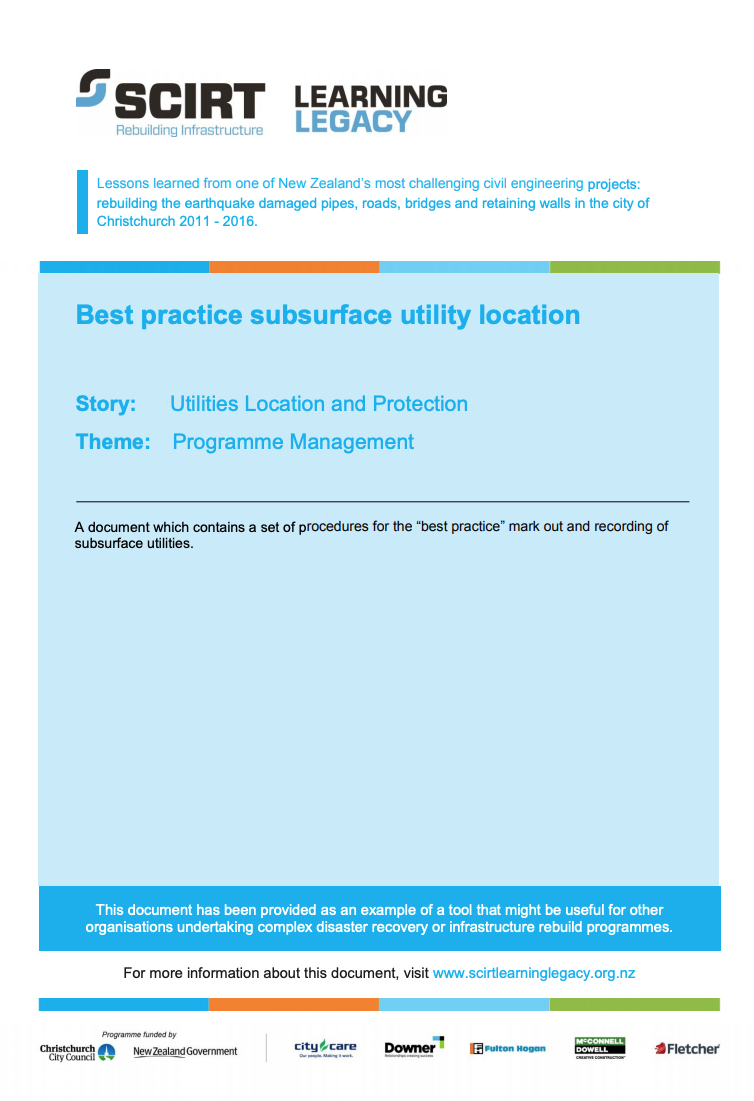 A document which contains a set of procedures for the "best practice" mark out and recording of subsurface utilities. 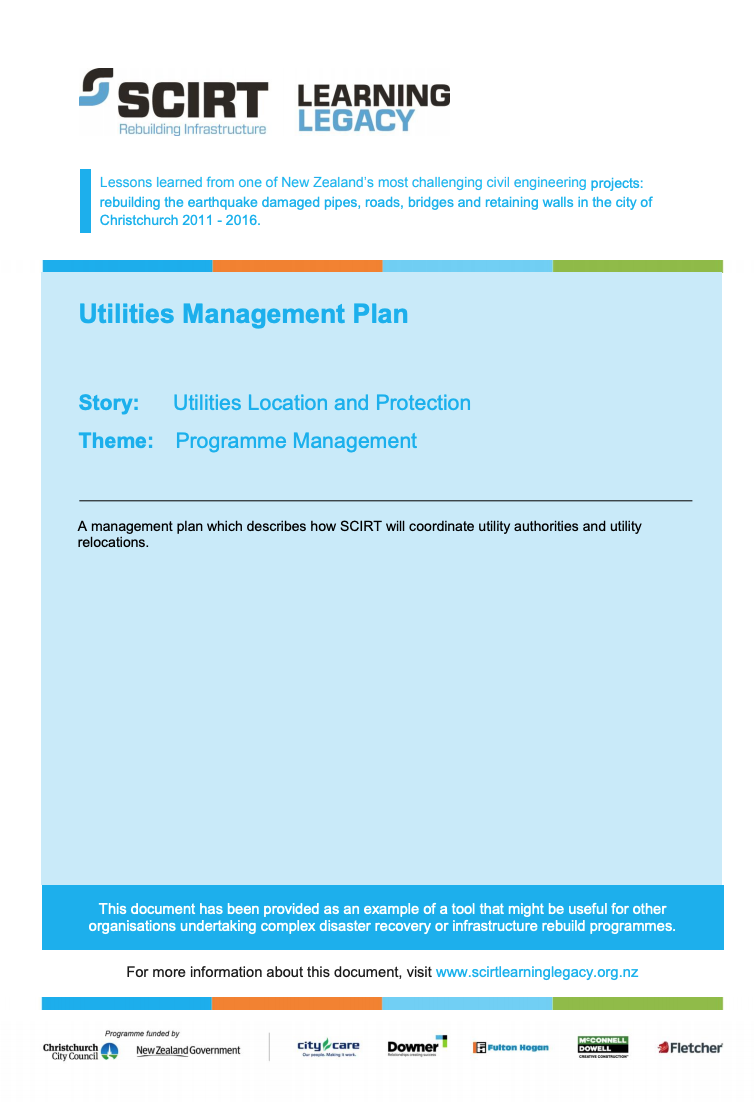 A management plan which describes how SCIRT will coordinate utility authorities and utility relocations. 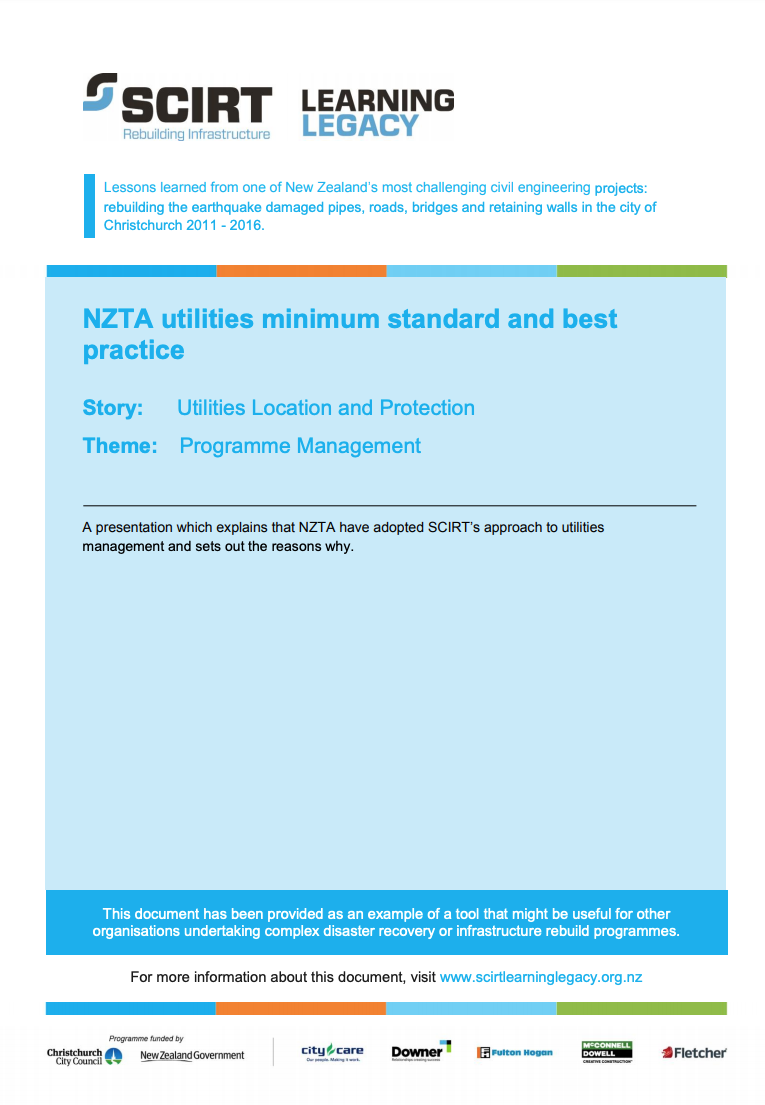 A presentation which explains that NZTA have adopted SCIRT's approach to utilities management and sets out the reasons why. This presentation was created in 2015.