Awards presented to contractors during the five-year SCIRT programme recognised outstanding safety performance – many of which are being adopted to improve safety in the wider construction industry.

The Bill Perry Safety Awards were named after the late Bill Perry, a former CEO of Fulton Hogan and one of the founders of SCIRT, who died suddenly in 2011. Perry was strongly committed to workplace safety in construction, and helped establish a “zero harm” culture at SCIRT.

The awards were based on safety indicators that Perry originally helped to set up. They recognised teams for outstanding safety initiatives that had the potential to impact across SCIRT or the wider industry.

Award-winning innovations included better traffic management; tools that removed the need for people to go into confined spaces and sewers; a trailer on rails for carrying pipe monitoring equipment; a modified snowboard for transporting equipment over silty ground; a safety video and guide; an industry-leading obstacle course; a telescopic leg edge protection device; the use of 3D imaging; a hydro demolition robot called “Geo”; and mobile platforms for working on and underneath a bridge.

Each initiative is explained in further detail in the documents below, along with some examples of award submissions. 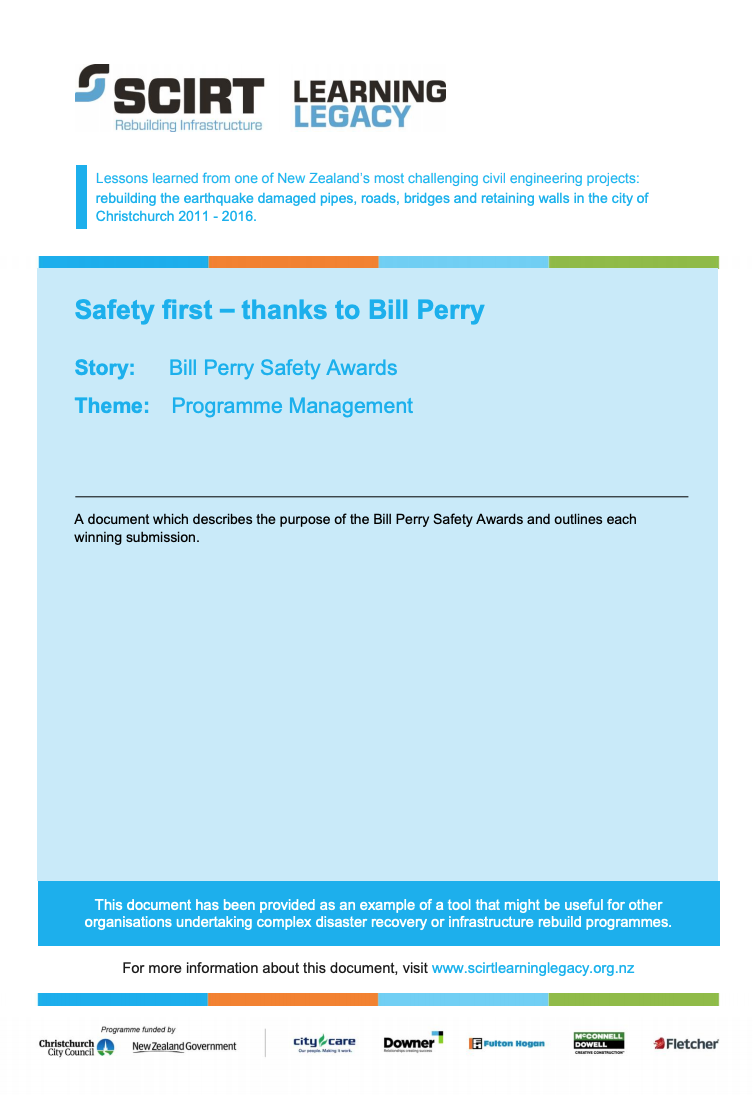 Safety first - thanks to Bill Perry

A document which describes the purpose of the Bill Perry Safety Awards and outlines each winning submission. 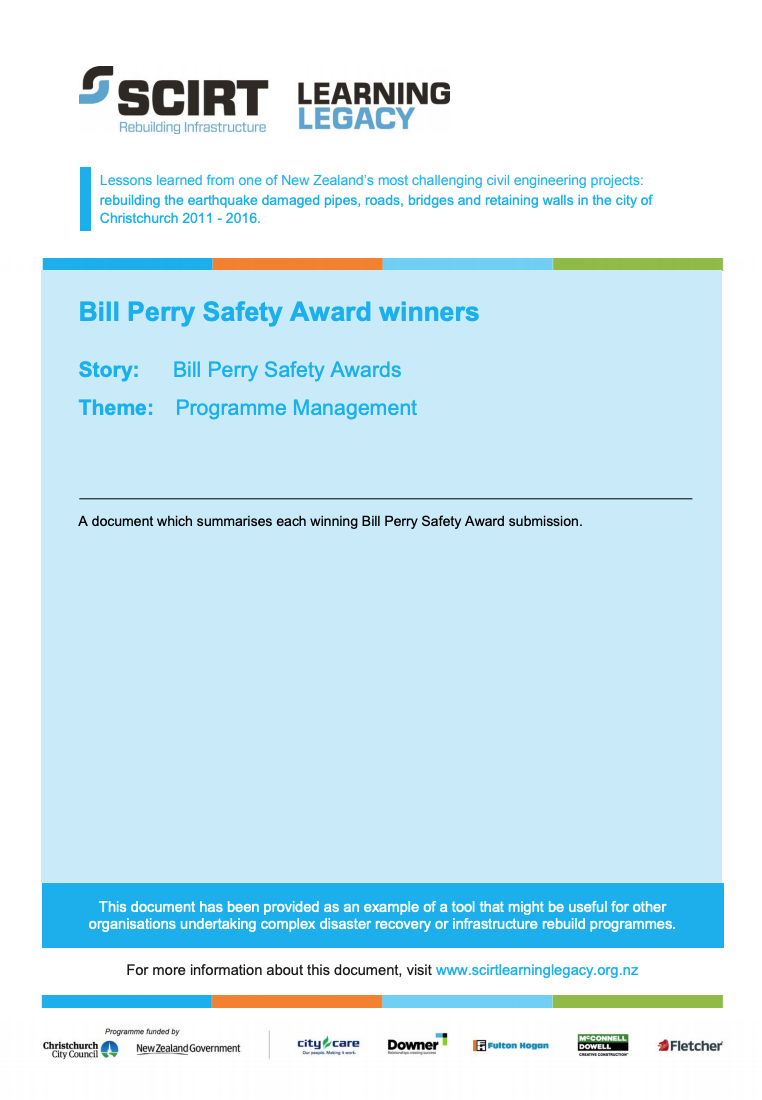 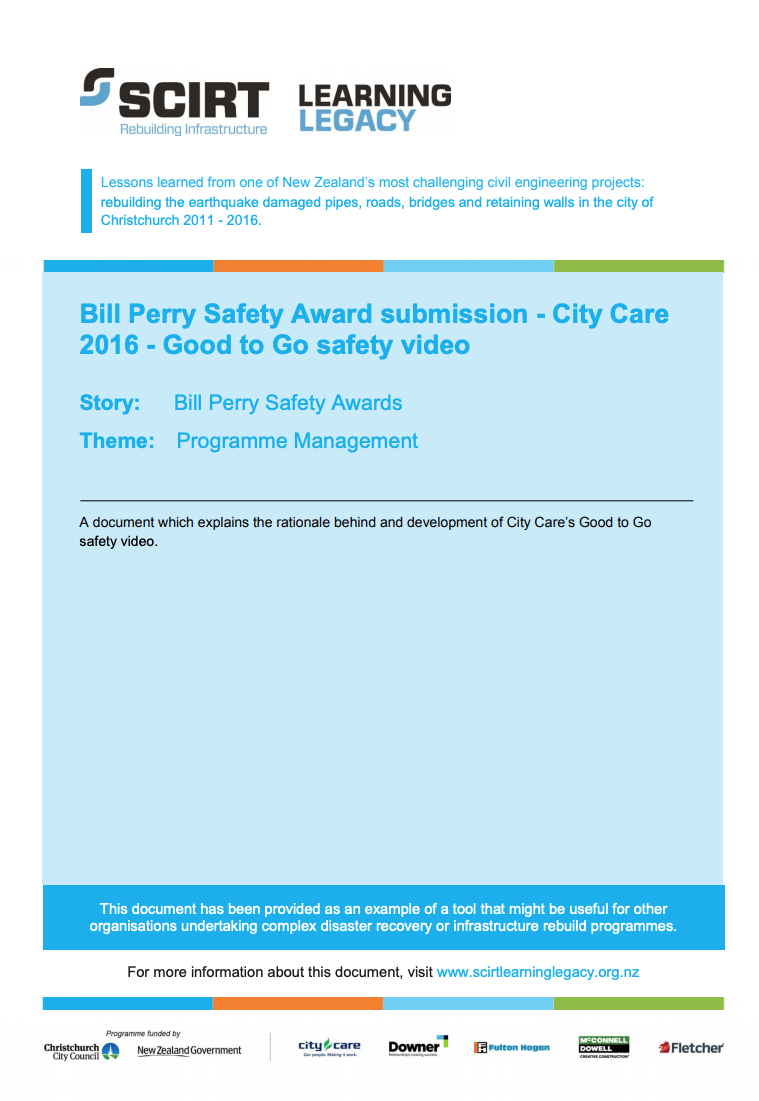 A document which explains the rationale behind and development of City Care's Good to Go safety video. 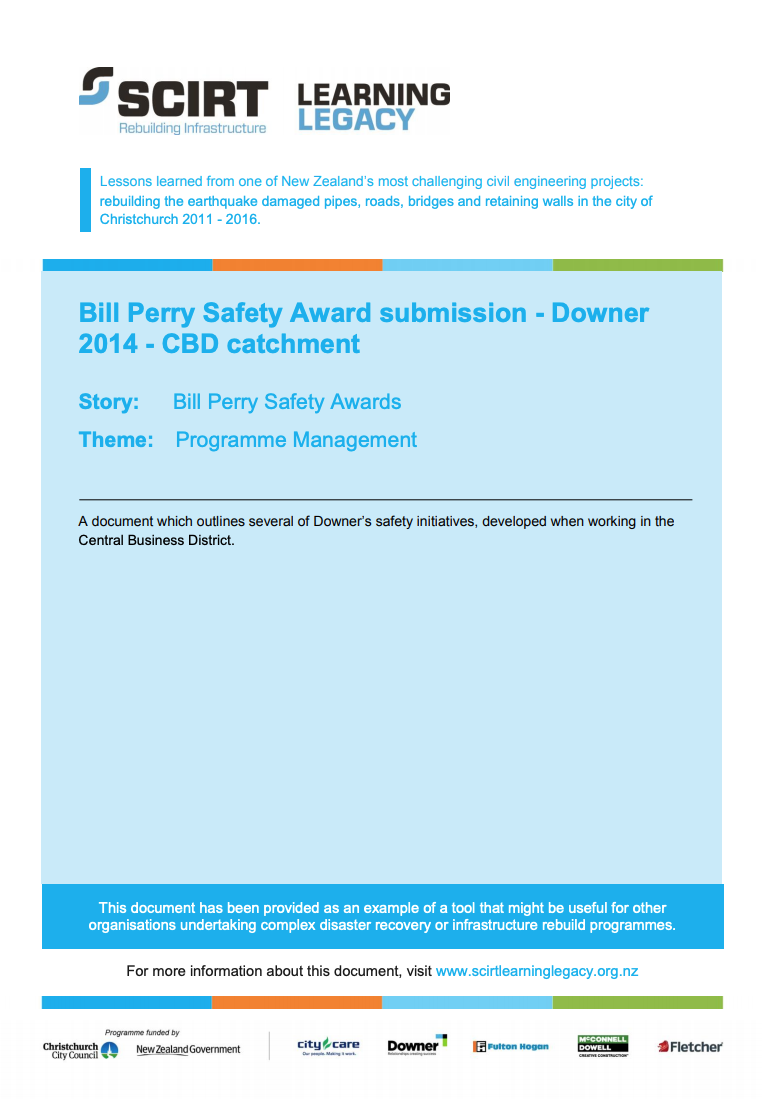 A document which outlines several of Downer's safety initiatives, developed when working in the Central Business District. 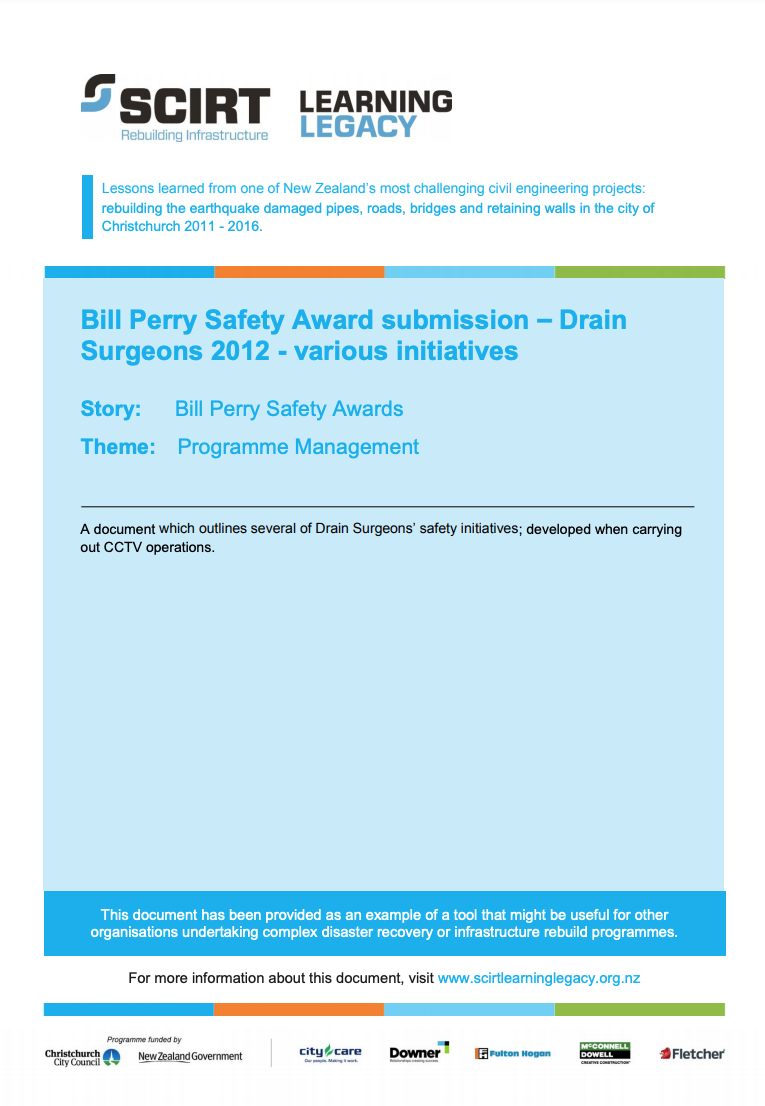 A document which outlines several of Drain Surgeons' safety initiatives; developed when carrying out CCTV operations.