The SCIRT Alliance Agreement laid down a challenging and comprehensive set of objectives for the new organisation set up for the $2.2 billion rebuild of Christchurch’s publicly-owned horizontal infrastructure following the February 22, 2011 earthquake.

Importantly, the 12 Alliance Objectives set the direction and expectations by central and local government of what SCIRT was required to do and to achieve as it tackled the biggest civil construction rebuild programme in New Zealand history.

While some of the Alliance Objectives, such as ‘best practice’ health and safety, protection of the environment and achieving the required quality would have been present in standard construction industry agreements, most of the objectives were created and written specifically for the Christchurch earthquake rebuild.

They dealt with subjects and requirements far wider and more comprehensive than standard commercial agreements whose objectives tend to be fairly narrowly defined and mostly to do with meeting time, cost, health and safety and quality requirements.

New Zealand was facing its biggest natural disaster in three generations so standard business objectives were not going to be sufficient to guide an alliance organisation tasked with a huge construction programme of uncertain scope in a post-disaster environment.

Some objectives were clearly politically and economically driven by the New Zealand Government demonstrating its commitment to rebuilding the second largest city in New Zealand. Others were aspirational, throwing down the gauntlet to an industry with an unenviable safety record to lift its game. 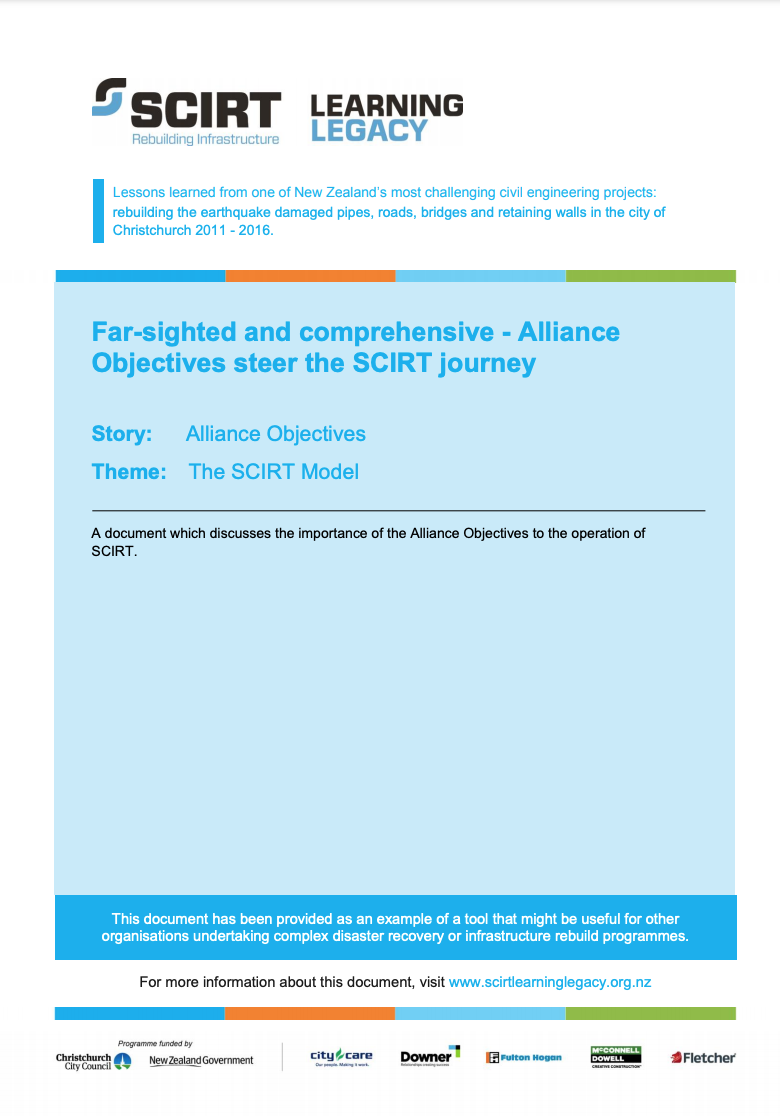 A document which discusses the importance of the Alliance Objectives to the operation of SCIRT. 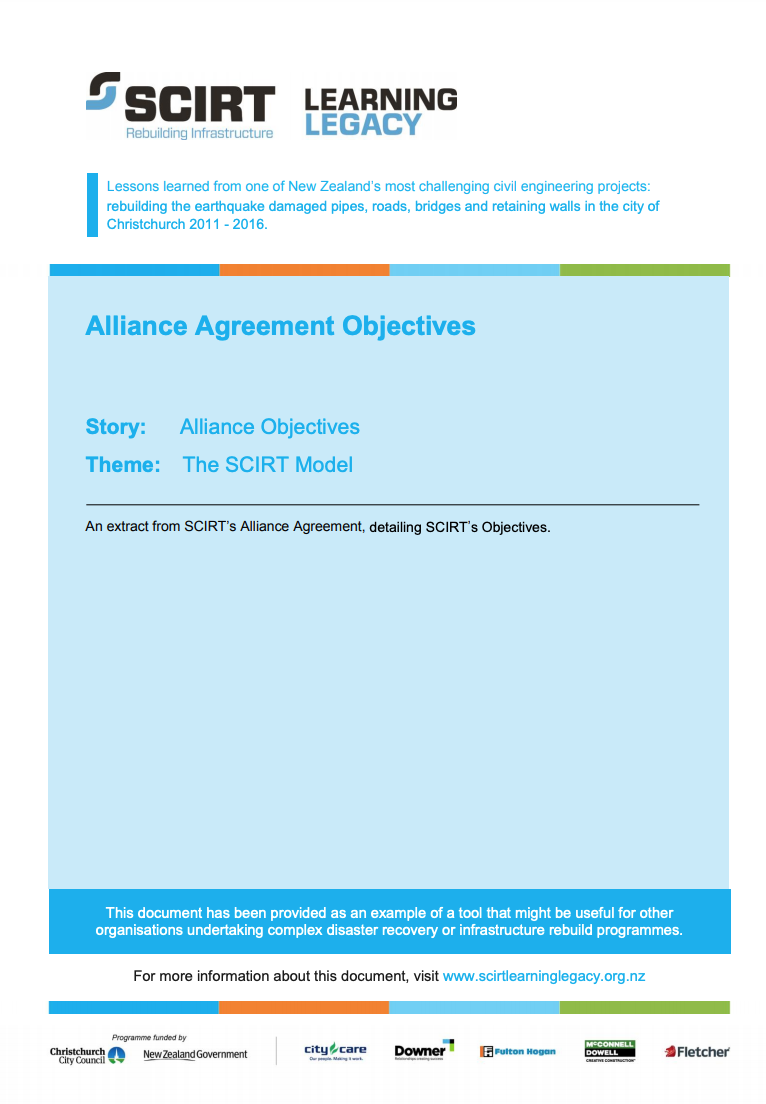