A SCIRT Women in Construction (SWIC) working group was established to raise the visibility of women working in operational roles.

Research commissioned in Canterbury in May 2013 found there was an untapped pool of women labour, of which half had not considered rebuild positions (such as civil construction) because they were seen as “jobs for men”.

In response to this, a SCIRT Women in Construction (SWIC) working group was established to “Raise the visibility and enable women working in construction across the SCIRT programme.”

In 2016, with the support of the SCIRT board and the National Association for Women in Construction (NAWIC), SWIC approached industry organisations with the intention of exploring ways to maintain momentum despite SCIRT winding down.

In December 2016, a national working group was established under the banner of Civil Contractors New Zealand (CCNZ). It aimed: “To raise the visibility and enable women in civil contracting in New Zealand.”

For additional information about SWIC’s activities and successes, please see the attachments below. 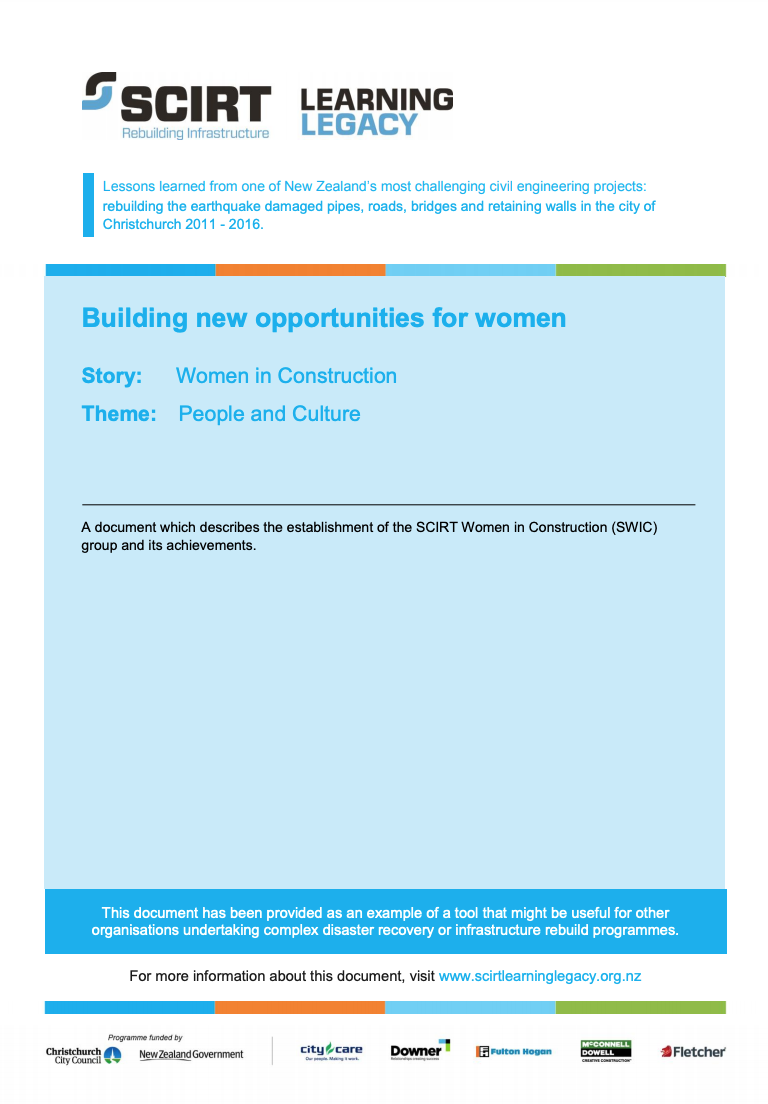 A document which describes the establishment of the SCIRT Women in Construction (SWIC) group and its achievements. 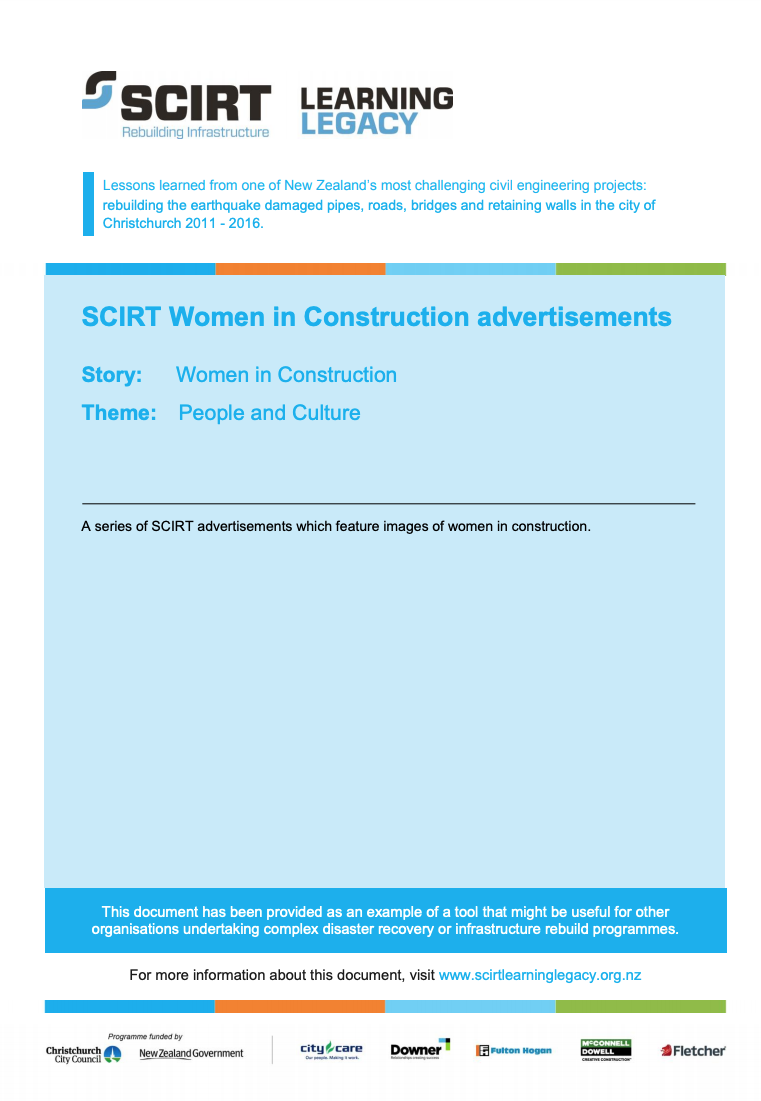 A series of SCIRT advertisements which feature images of women in construction. 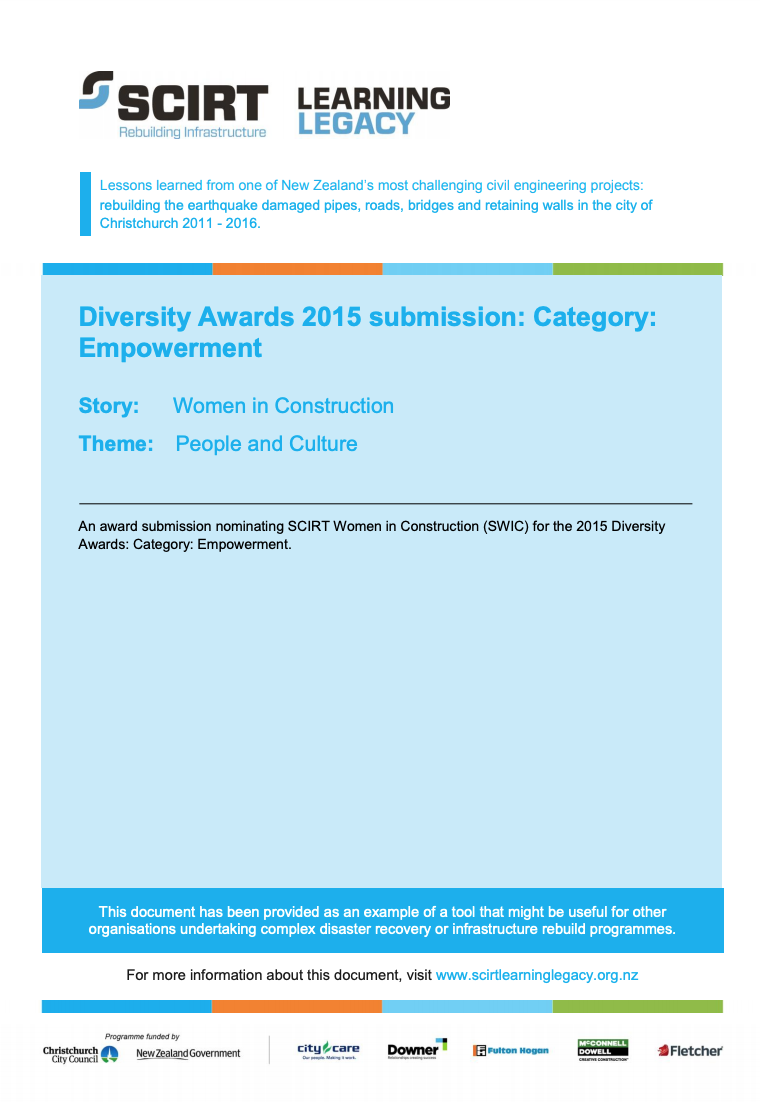 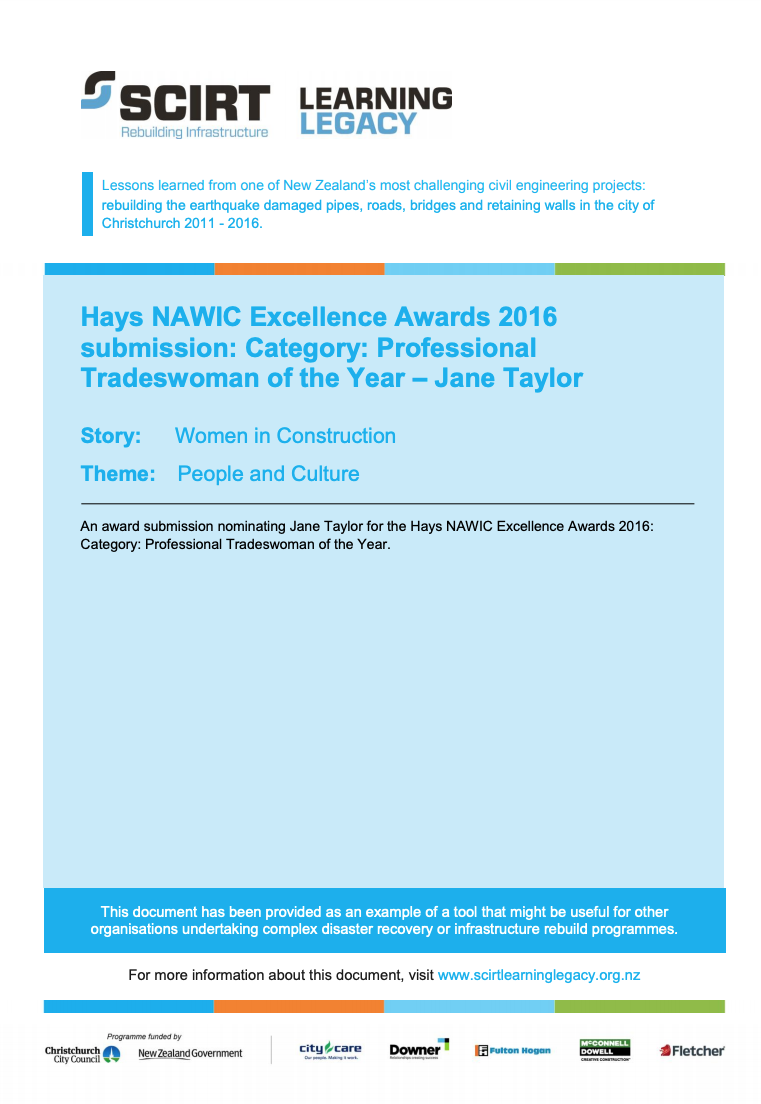 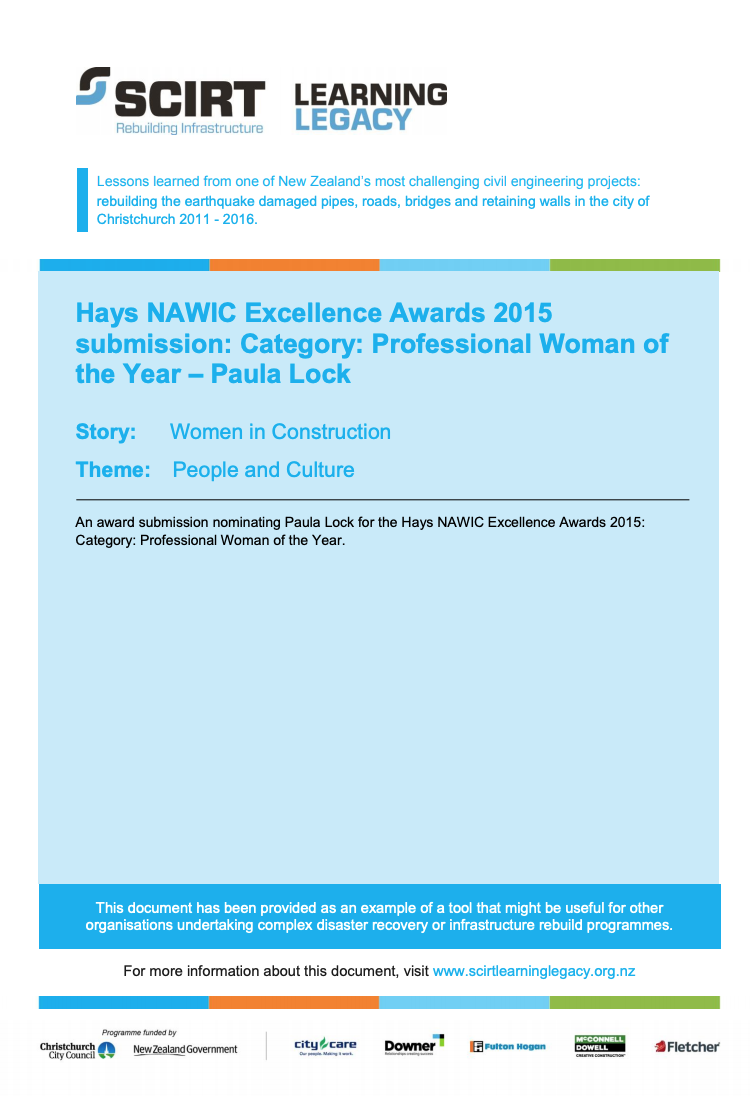 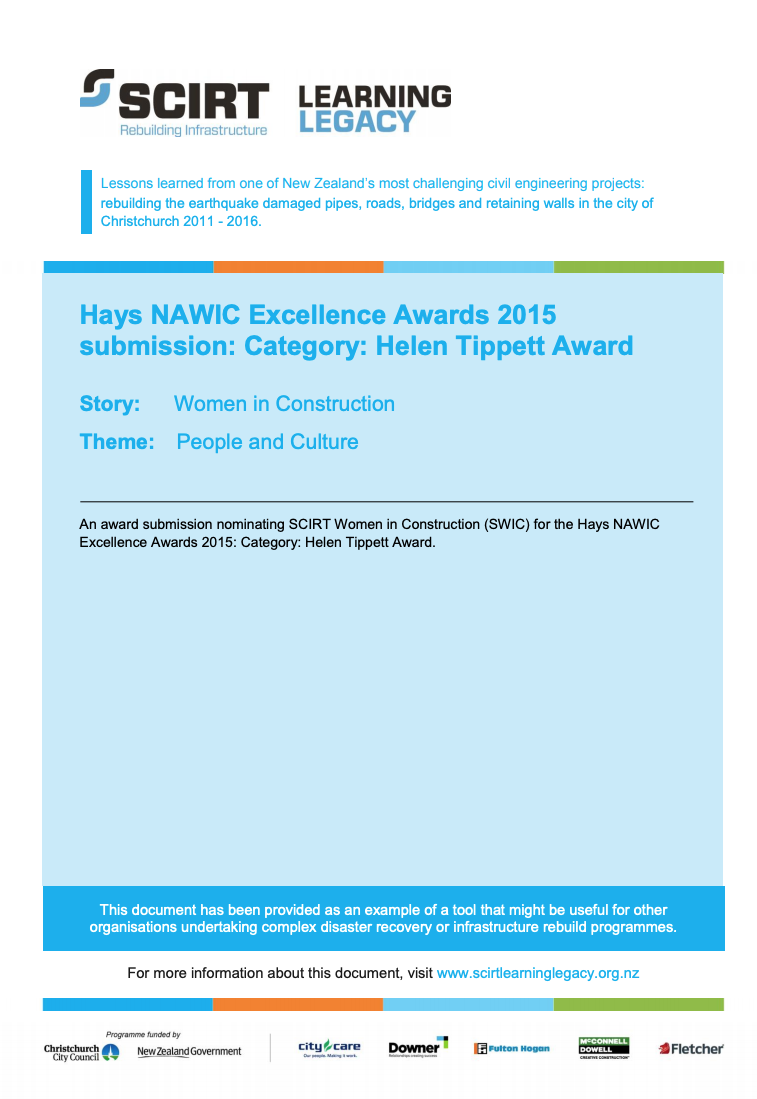 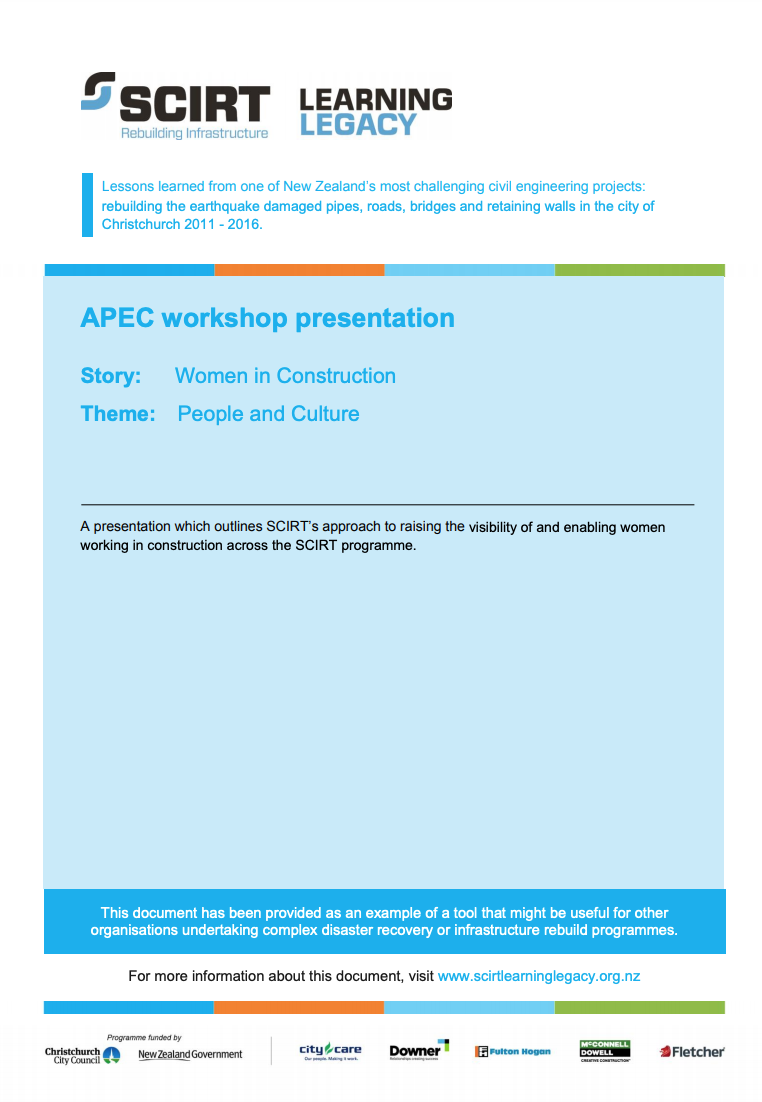 A presentation which outlines SCIRT's approach to raising the visibility of and enabling women working in construction across the SCIRT programme.

A video of a CTV News broadcast of a Ministry of Women's Affairs initiative to attract more women into trades and construction related jobs.