Home / Design / Refurbishment of Gabion Walls with Anchors – a Trial

Refurbishment of Gabion Walls with Anchors – a Trial

SCIRT proposed that damaged gabion retaining walls could be refurbished by installing anchors through the existing baskets, secured into the ground behind them. This could provide a cost and time saving because baskets would not need to be removed or replaced and, therefore, significant volumes of excavation and backfill work could be avoided with resulting reduced construction time. In order to establish if this solution was feasible, two test anchors were installed by Rock Control in March 2014 to determine if the process was practical and was an efficient means to refurbish such walls.

The following observations were made:

In conclusion, both the installation and testing of the trial anchors through gabion baskets were successfully completed. For the future implementation, it was recommended the above lessons be adopted into the design and specification for installing anchors through existing gabion baskets. 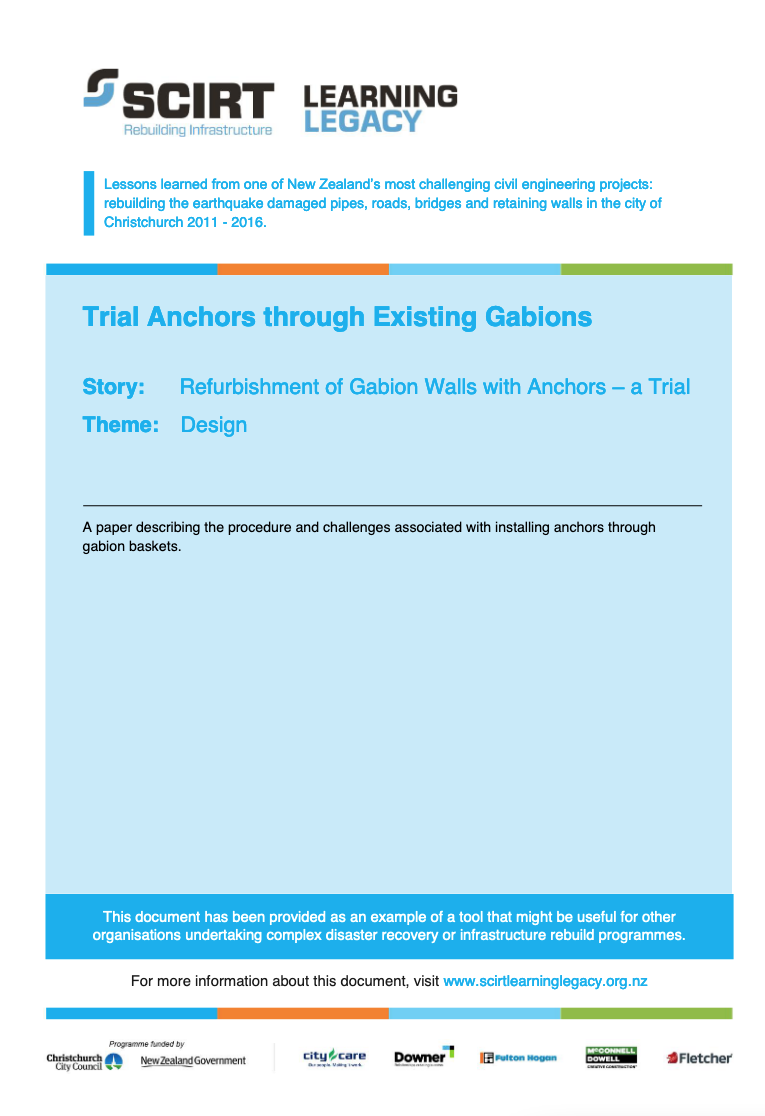 A paper describing the procedure and challenges associated with installing anchors through gabion baskets.