SCIRT navigated an unstable site and the discovery of rock-loving lizards to swing into action from a movable platform to deliver the “Best Public Works Project” in 2015.

The project navigated an unstable site and the discovery of rock-loving lizards to swing into action from a movable platform. The damage to the retaining wall included the failure of sections of the gravity stone facing and horizontal and vertical displacement of the footpath and roadway behind the wall.

The eight-month stage four project – costing $1.45 million – focused on strengthening and repairing the Sumner Road retaining walls above the Holcim Cement site. Cement supply was vital for the post-quake Christchurch rebuild and Holcim remained open during the arduous project work.

SCIRT opted for the soil nail strengthening approach and an innovative access method. The SCIRT delivery team developed a method to install the nails and construct the concrete footing beam and shotcrete facing that was safe, cost effective and allowed Holcim to remain open.

Drilling from a crane-lifted work access platform was deemed to be the safest and most cost-effective way of installing the nails.

No additional load would be placed on the wall or downhill slope.

The retaining walls consisted of 100-year-old stone walls up to six metres high. Under SCIRT’s design, 180 new soil nails were drilled through the existing blocks and grouted into place up to eight metres long and 180 millimetres in diameter. Once the soil nails were in place, drainage was installed, a footing was dug and poured and a reinforced shotcrete facing was applied in two 150mm layers. A handrail and repairs to the damaged kerb and channel and footpath completed the project.

A video about the wall repair can be viewed on YouTube: https://www.youtube.com/watch?v=NhIzFp3qpMU 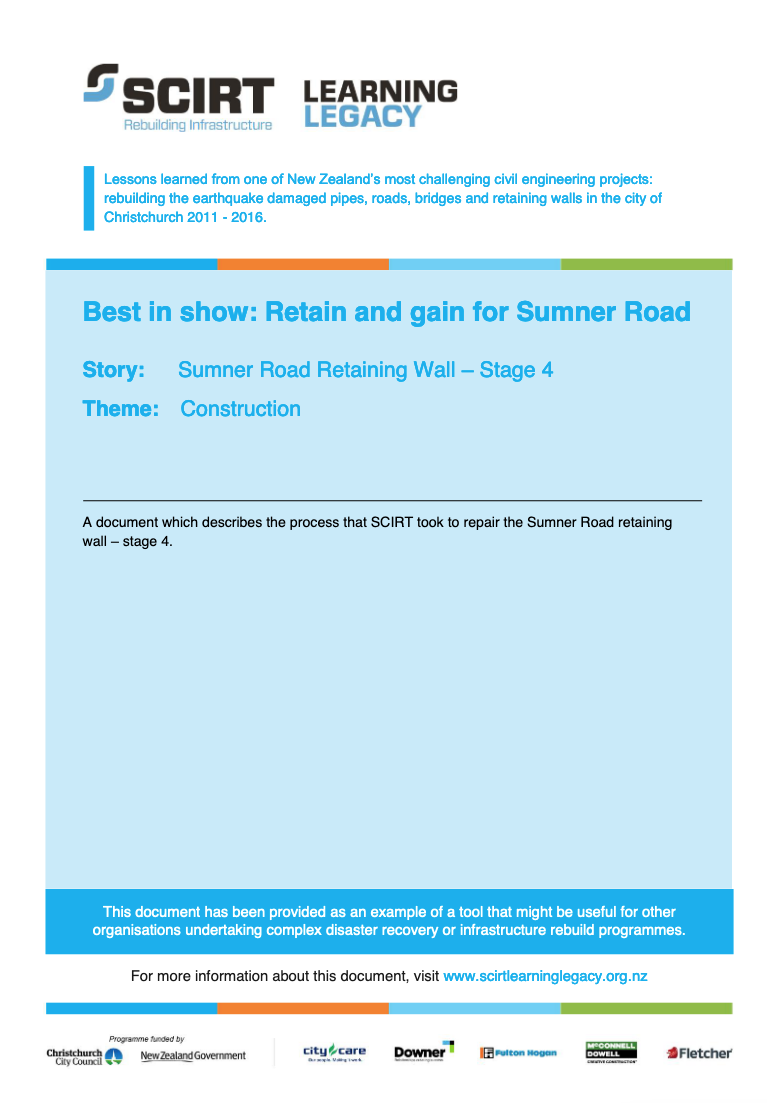 Best in show: Retain and gain for Sumner Road

A document which describes the process that SCIRT took to repair the Sumner Road retaining wall - stage 4.

View: Best in show: Retain and gain for Sumner Road 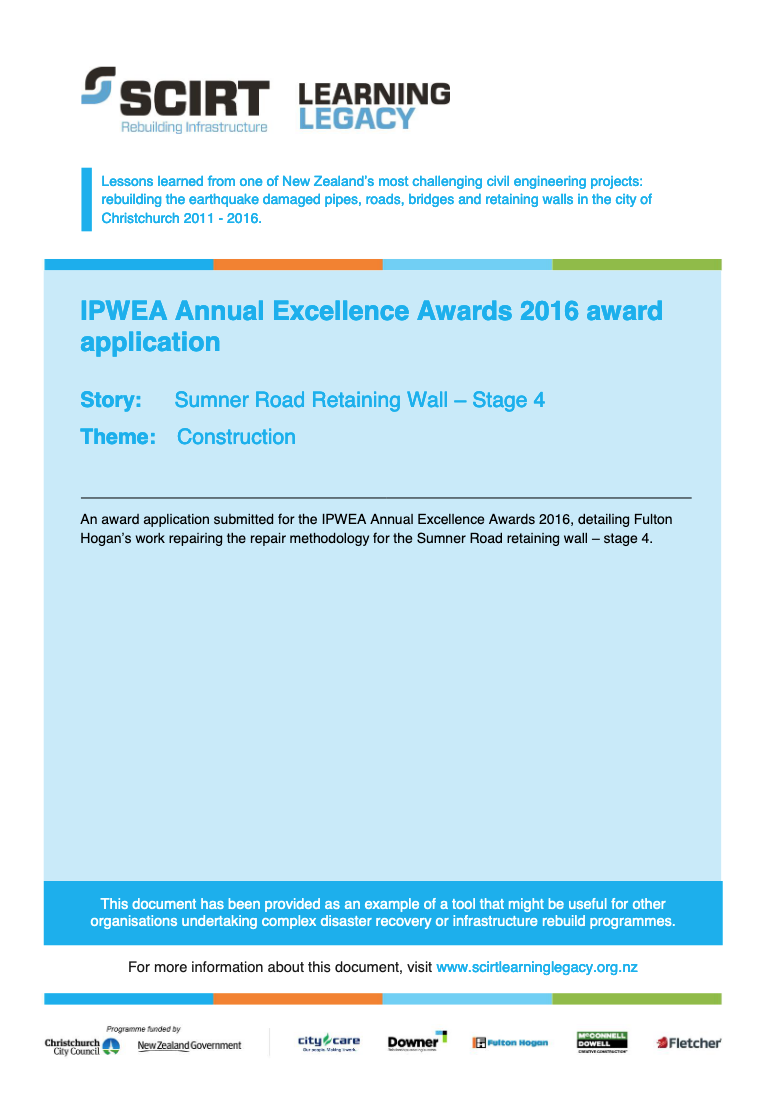