The construction of a new seawall on Beachville Road in Redcliffs was a demanding SCIRT project which won praise from residents and the construction industry alike.

Enhancing the coastline along Beachville Road in the Christchurch suburb of Redcliffs is an elegant riprap revetment seawall built to protect the coast from erosion and local residents from flooding and storm surges.

The modern earthquake-resilient structure replaced a more than 100-year-old vertical seawall which was no match for the seismic forces unleashed by the February 22, 2011 earthquake.

Local residents along the seawall took a huge interest in the SCIRT rebuild project and shared the journey each step of the way as the coastal defence was built in stages along a half kilometre section of Beachville Road during late 2015 through until August 2016. In the process, several thousand tonnes of rocks were employed, and around 40,000 square metres of geotextile.

Local company Seipp Construction, contracted by SCIRT to build the seawall, won the 2016 Canterbury Contractor of the Year Award, for a project in the $1.5 million to $5 million category, for the expertise and capability it demonstrated on the challenging job.

Refer to the attached documents to read how SCIRT and Seipp navigated their way through the difficult work contending daily with a tidal range of 2.4 metres. 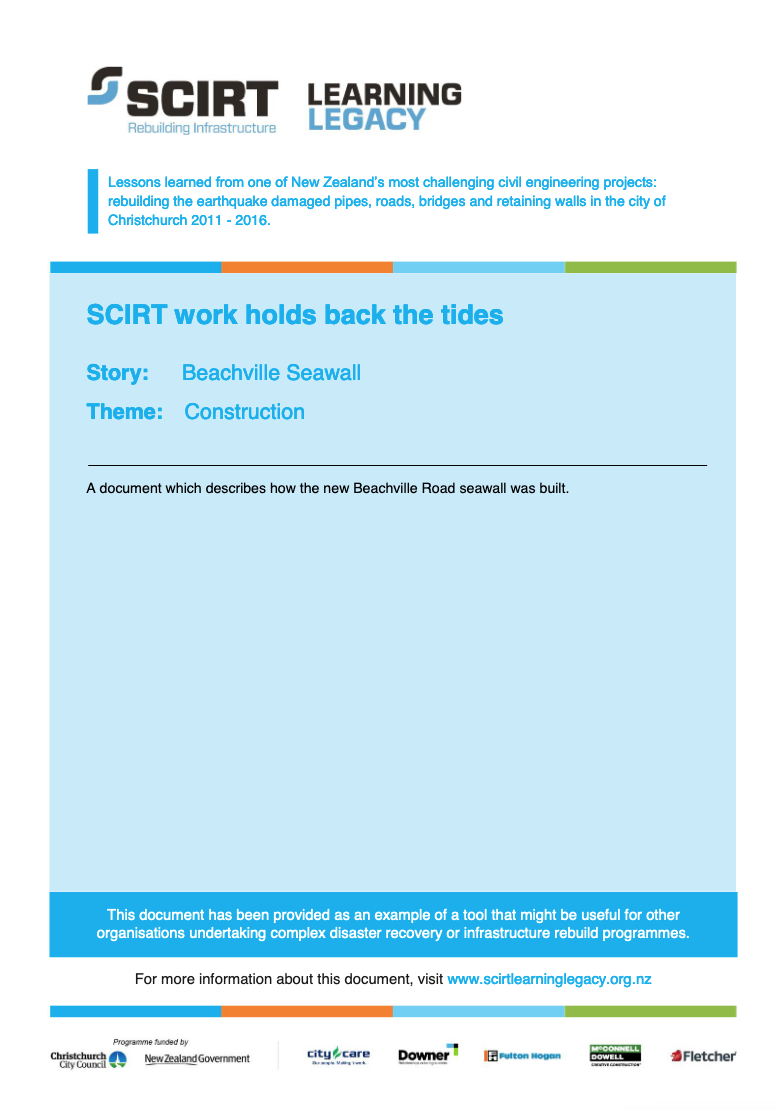 SCIRT work holds back the tides

A document which describes how the new Beachville Road seawall was built. 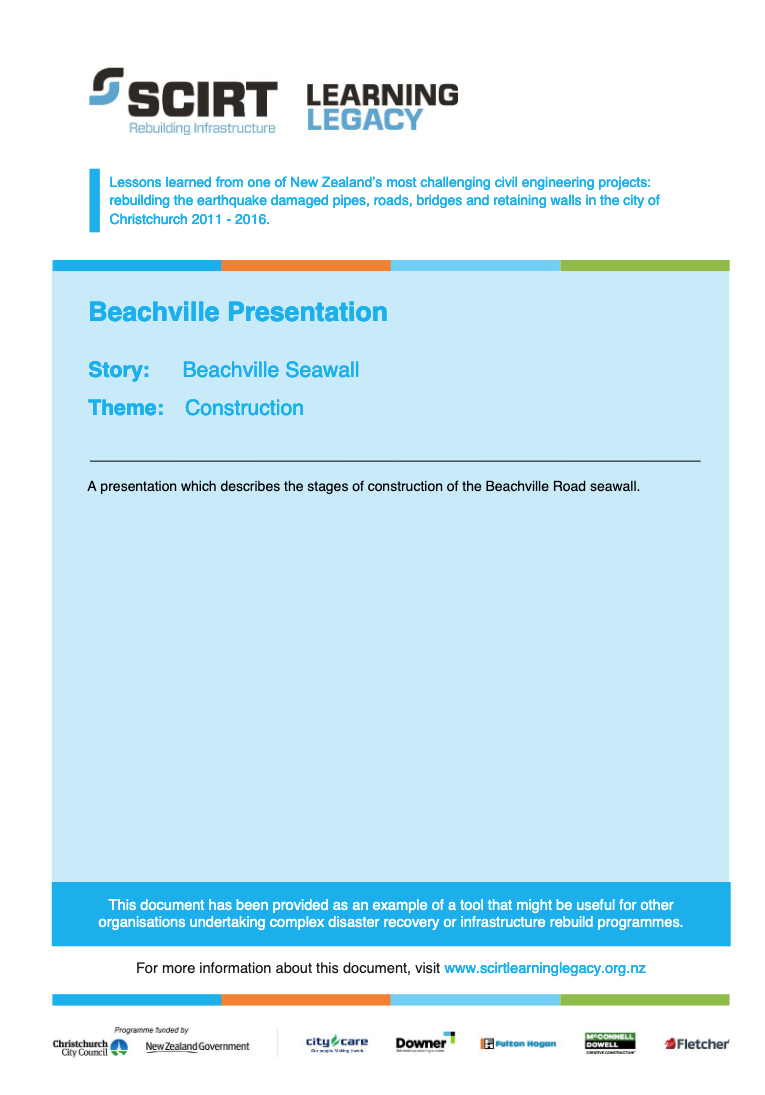 A pdf copy of a presentation which describes the stages of construction of the Beachville Road seawall. A pdf copy of a work notice issued by SCIRT giving an overview of the Beachville Road seawall rebuild project.