Home / The SCIRT Model / The Genesis of SCIRT

The Genesis of SCIRT

At the beginning, there was an alliance. Multiple contractors collaborated with government agencies for the greater good of an earthquake-battered community craving a resilient rebuilt city. It was the genesis of SCIRT.

The South Island’s largest city was left reeling, badly bruised but still standing after the 7.1-magnitude quake and numerous aftershocks.

A few months later, on February 22, 2011, a fatal 6.3-magnitude earthquake thundered through Christchurch, leaving 185 people dead and escalating the damage to infrastructure by an order of magnitude.

The city rebuild suddenly morphed into a multi-faceted, massive task beyond the usual jurisdictions. And the government took an extraordinarily ambitious move into an interventionist model.

Facing a rebuild of immense scale and scope, the government sought value for money, a quick, effective and flexible response, and probity.

The destructive nature of the February quakes and bruising aftershocks required a high-level, innovative solution: a delivery vehicle capable of managing the huge scale and complexity of the infrastructure rebuild; an instant organisation; an entity that came to be named SCIRT (Stronger Christchurch Infrastructure Rebuild Team). 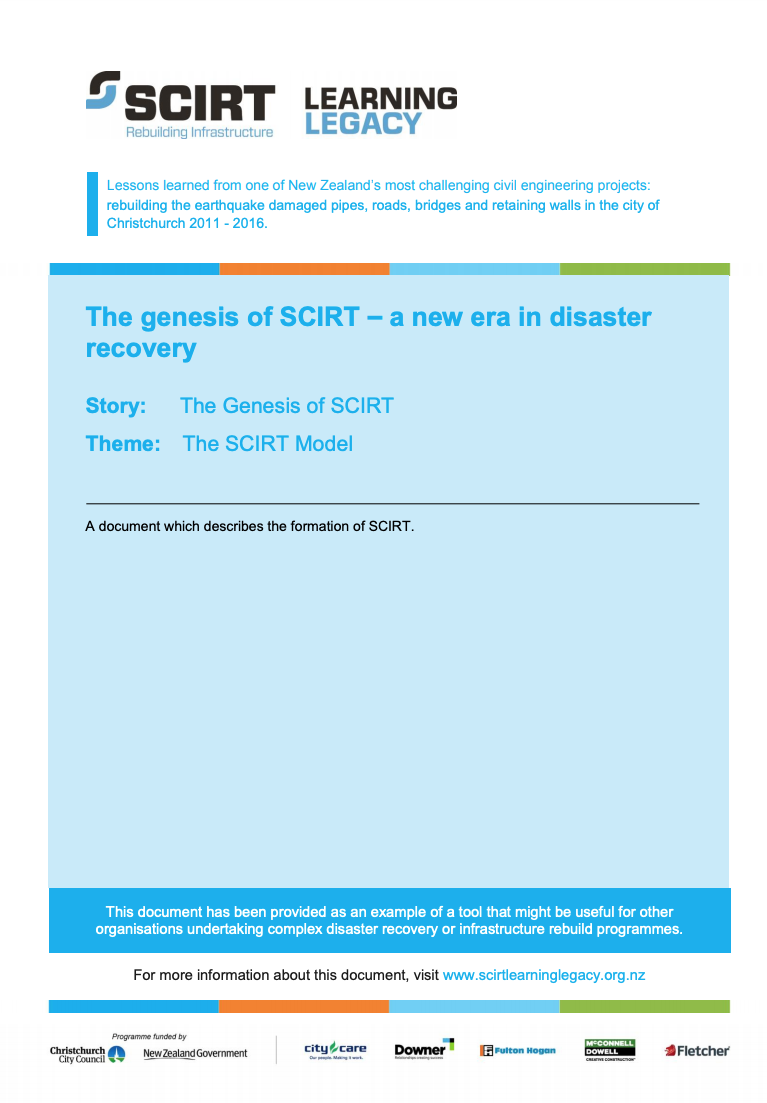 The genesis of SCIRT - new era in disaster recovery

A document which describes the formation of SCIRT.

View: The genesis of SCIRT - new era in disaster recovery