More than 2000 people from over 100 organisations joined forces under the SCIRT umbrella at the post-earthquake peak of the rebuild. Hundreds of people came and went, bringing innovation and tenacity to an enormous task.

With a wrecked cityscape, broken pipes, twisted roads and bent bridges, the horizontal infrastructure rebuild took five and a half years – more than double the usual lifespan of a civil infrastructure project.

Under the alliance arrangement, many were chosen to complete a particular job, while others came for the experience, before moving on to a higher-level role or being head-hunted because of their upskilling.

SCIRT was a “virtual organisation”, so no one was directly employed by the entity. Instead, frameworks and initiatives were established that enabled people to participate, contribute and grow in a structured way. 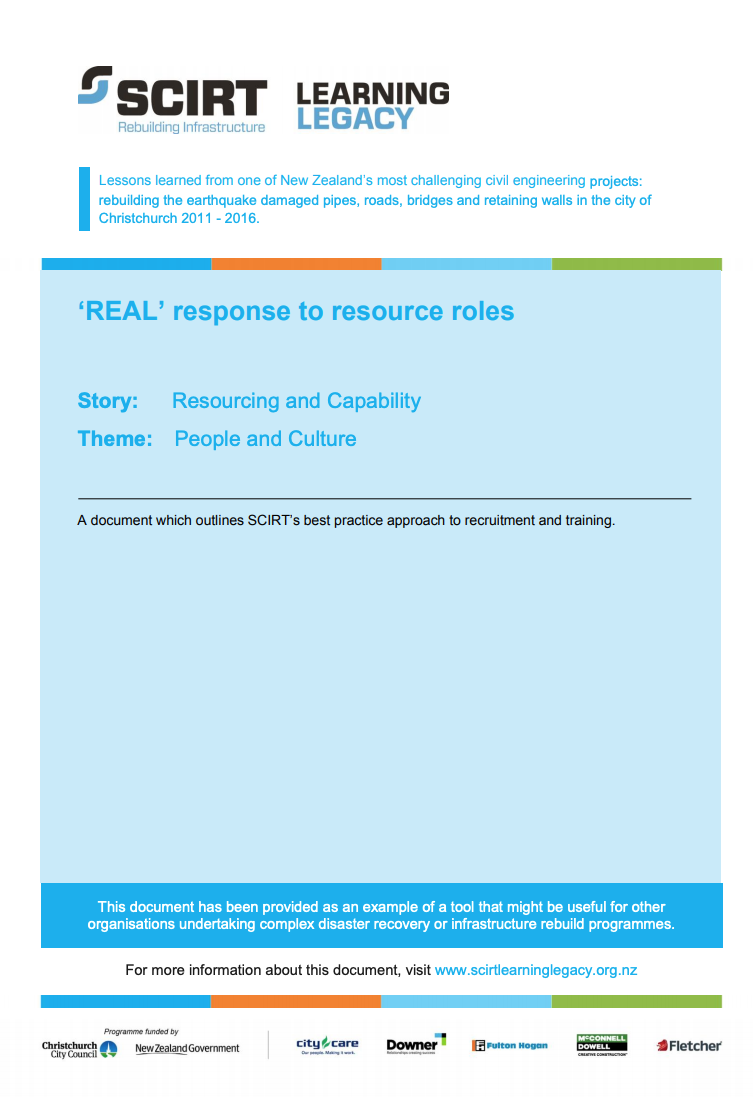 A document which outlines SCIRT's best practice approach to recruitment and training.