Accurate estimating was a vital element in controlling costs and demonstrating the best value for money in the long run.

For SCIRT, more than 700 earthquake rebuild projects required a multi-billion-dollar programme and the estimates had to be right.

Accurate estimating was a vital element in controlling costs and demonstrating the best value for money in the long run.

Ensuring value for money included market comparable pricing and implementing pricing procedures so transparency and probity could be assured.

Often with many unknowns regarding the state of infrastructure, SCIRT set target costs on each project as it was scoped and designed. Calculating the cost estimates would prove testing with so many variables. With more than 700 projects within a five-and-a-half-year period and a $2.2 billion budget, correct project estimates were paramount.

The Target Out-turn Cost estimates proved to be very accurate. There was a very close correlation between the estimate and the actual cost throughout the rebuild project programme.

SCIRT’s estimates were also highly competitive and well within the national industry benchmark. 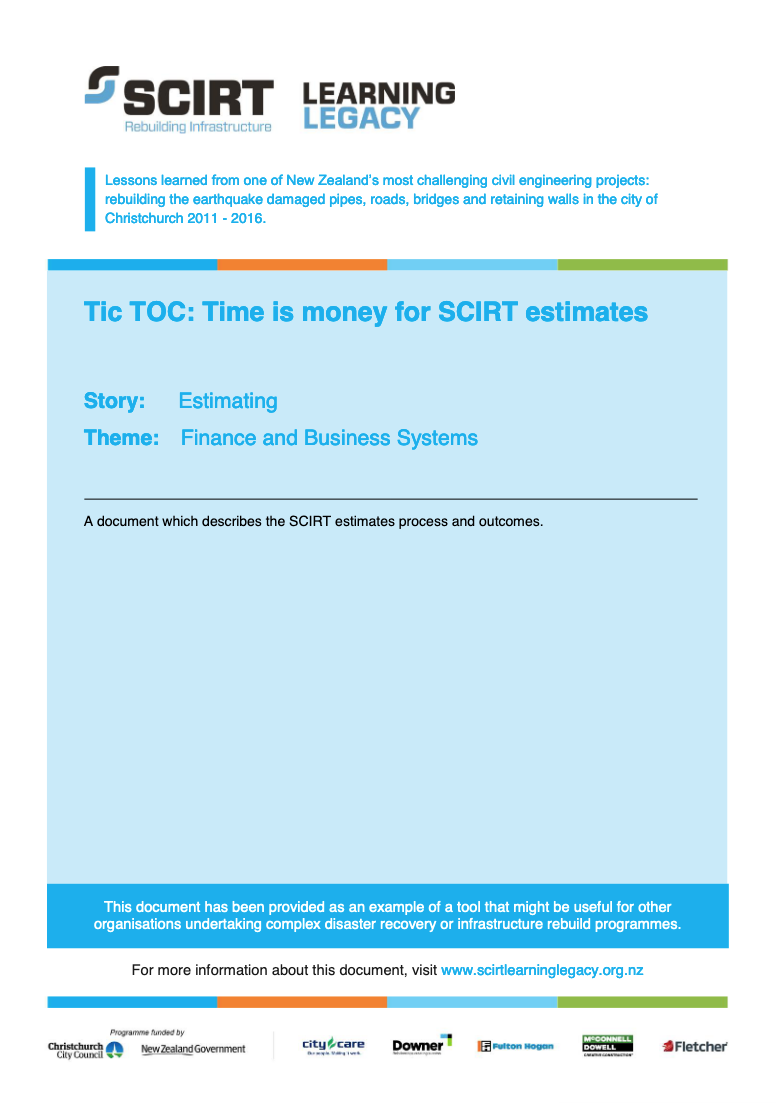 A document which describes the SCIRT estimates process and outcomes. 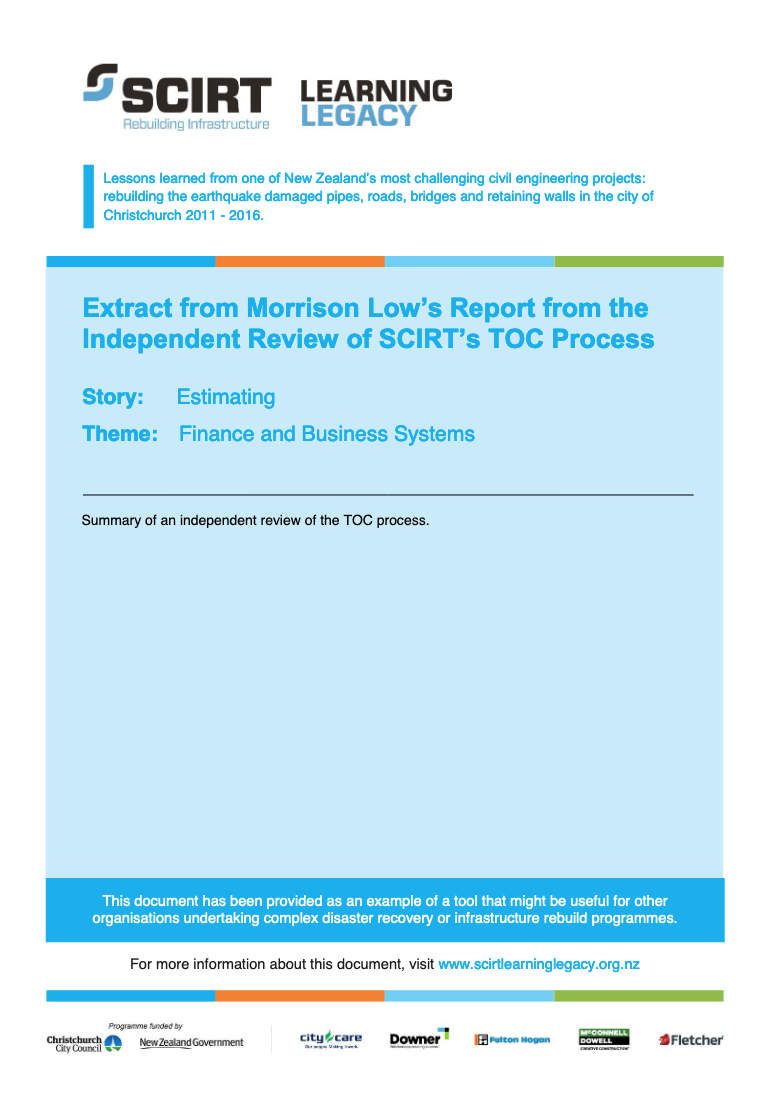 Summary of an independent review of the TOC process. 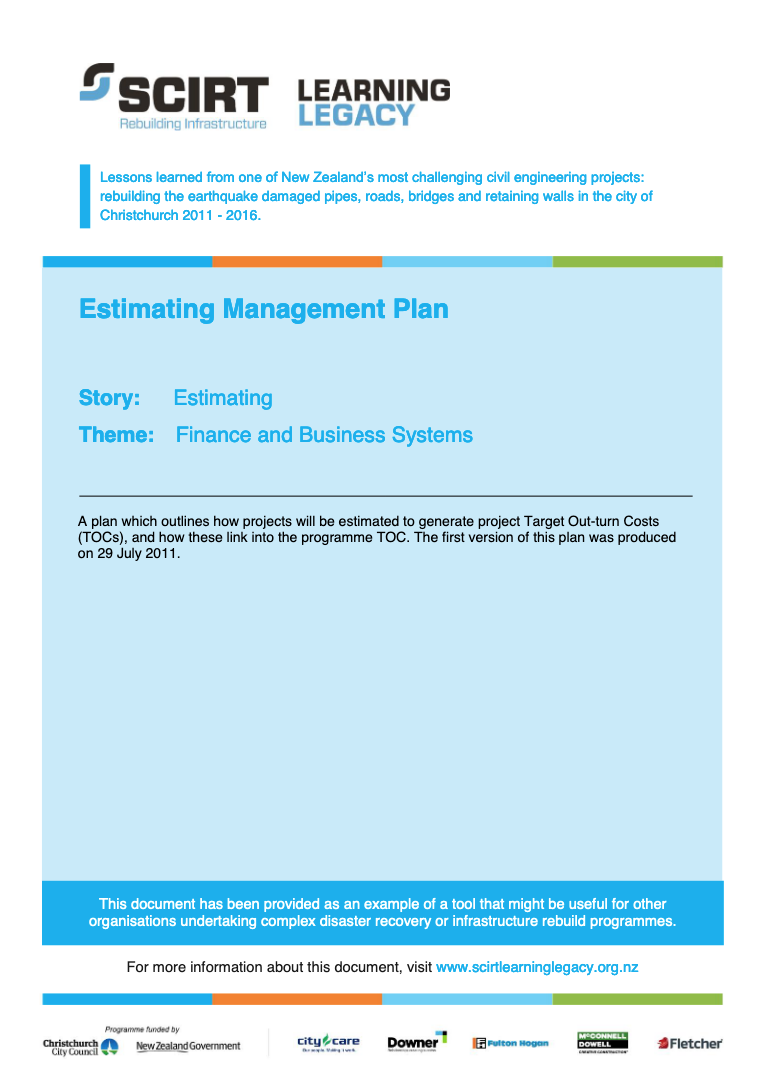 A plan which outlines how projects will be estimated to generate project Target Out-turn Costs (TOCs), and how these link into the programme TOC. The first version of this plan was produced on 29 July 2011.