The Geospatial Information System (GIS) team updated and delivered complete geospatial datasets for more than 200,000 council assets. To aid this process, they tailored two mobile applications that sped up and increased the accuracy of data collection.

In 2015/2016, SCIRT’s Geospatial Information Systems (GIS) team implemented two tailored apps for data collection of constructed survey data. The first was based on an offline data collection app called iForm (Zerion software) and the second was Collector for ESRI ArcGIS. The primary data governance file, the G-File, provided the details for all of the features and attribute information required for both apps.

iForm was a form based application and was used to collect the asset information, usually in the field. It synced back to SCIRT data servers whenever an internet connection was available. A unique identifier representing each feature provided the link between the attribute information that was collected through iForm and the surveyed locations. Both of these sources were zipped together and transferred into in an Excel spreadsheet to record the constructed asset information in a standard format. These data provided the basis for the Collector app and highlighted what asset records had missing attributes. Supporting tools were developed using Feature Manipulation Engine (FME) to upload/download/sync/validate the data between the apps to ensure what was supplied to SCIRT’s GIS team met requirements.

With five different construction teams (Delivery Teams), and a need to produce this information economically, the GIS team initially relied on the Delivery Teams to develop their own data collecting methods. To support this, and to standardise requirements, the GIS Team developed the data standard and tools (such as the apps), but ultimately it was up to the individual Delivery Team to choose to make the move from the traditional manual approach.

Both of these apps were not as successful as they could have been due to the slow uptake by Delivery Teams. It was a very new way of collecting data. One construction team fully embraced the use of the apps and it showed in their high throughput of data.

A presentation by GIS Team member Ekki Scheffler about using iForm can be viewed here: https://www.youtube.com/watch?v=YybLvsJnUj4

The key learnings for other organisations are: 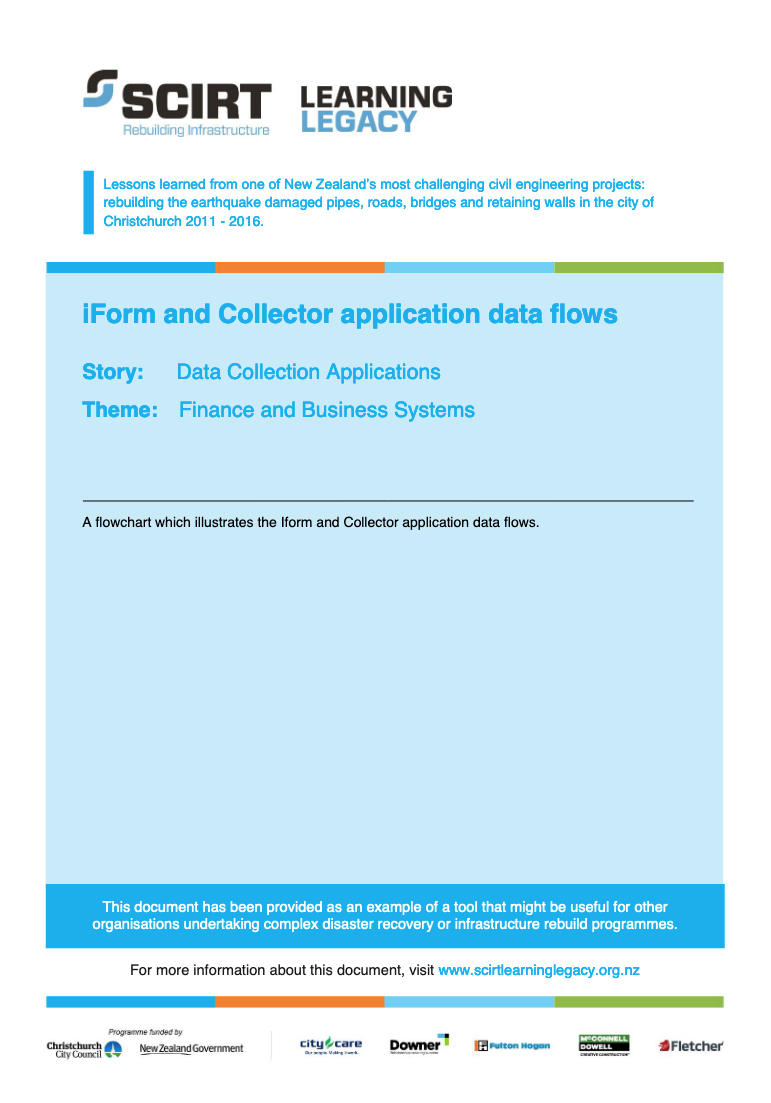 A flowchart which illustrates the Iform and Collector application data flows. 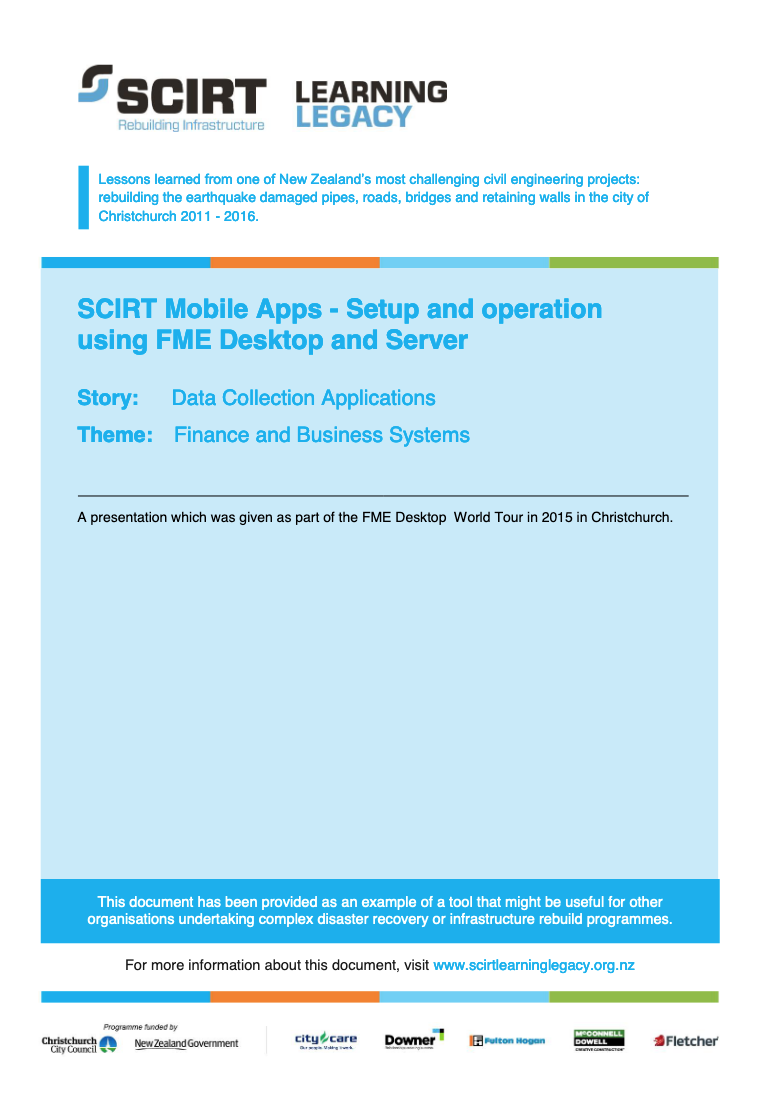 A presentation which was given as part of the FME Desktop World Tour in 2015 in Christchurch.