Many “wild” cones also multiplied across Christchurch amid the wave of earthquakes.

Standing guard over the twisted infrastructure, the bright orange cones became a symbol of the rebuild. Battered and bent, the cones held their solitary posts, staying strong despite pulsating rain, turbulent winds and errant motorists. Finally, the call went out: “Bring those cones home.”

In November 2016, SCIRT launched a massive recall campaign, spearheaded by the Conemobile – a requisitioned Mitsubishi sedan adorned with signature cones and a flashing orange light – and a splash of publicity.

Utilising Facebook and media, both locally and nationally, SCIRT appealed to city residents to aid their quest and help save those wayward cones. Media took up the cause, urging residents to play their part and help find those cones. Suddenly, the spotlight was on those modest sentinels. Following 800 tip-offs to the cone line, via email or on Facebook, the Conemobile – complete with distinctive road cone Mohawk – took to Christchurch streets to collect those courageous cones.

Some cones even made their own way home, tumbling into the yard, slumped and faded, ready to stand shoulder to shoulder with their clones. Despite sleeping rough for six years, their support never wavered in the hard-hit red zones of eastern Christchurch where liquefaction wreaked havoc on homes and streets. In the green zones, where horizontal infrastructure suffered varying degrees of damage, the cones stood their ground, springing back into action despite tremors and traffic.

Cones at home in Riccarton

The cones were most at home in suburban Riccarton – the centre of Christchurch’s student community – where 500 continued their roadside beat or gazed down from leafy perches.

The month-long rescue mission was a huge success. Within weeks, 4000 cones were safely stacked in the SCIRT yard and ready for their next assignment or a retirement home.

The foot soldiers of the rebuild were finally home. 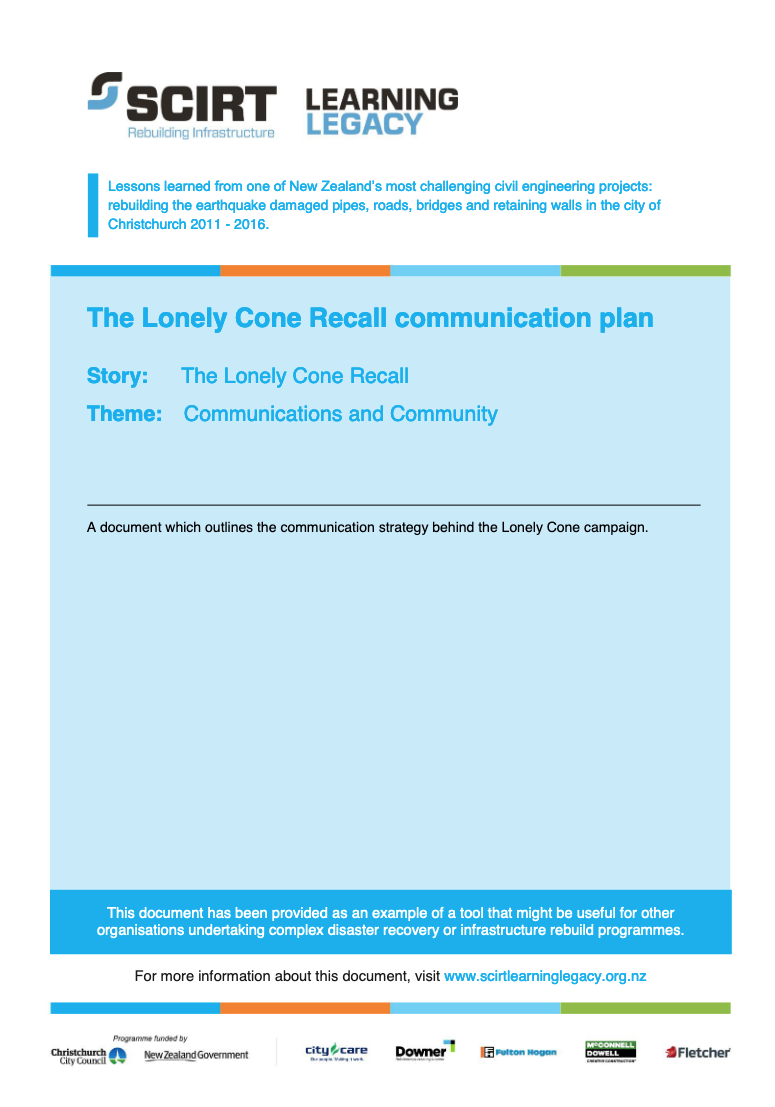 A document which outlines the communication strategy behind the Lonely Cone campaign. 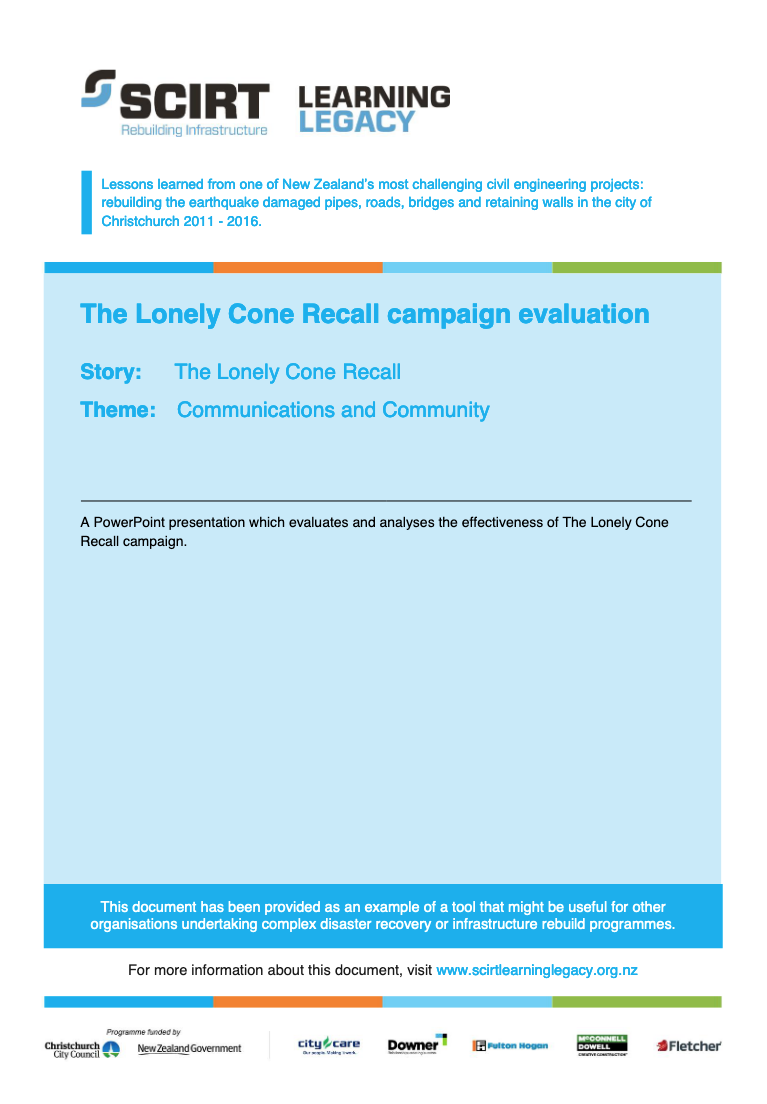 A PowerPoint presentation which evaluates and analyses the effectiveness of The Lonely Cone Recall campaign. A media release which outlines the outcomes of the campaign to reclaim Christchurch cones.